Which Type Is Your MIL – Check It Out Here!

Several types of mothers in law exist in our society – Are you wondering which type your mother-in-law is?

As a daughter-in-law, I know you would be glad enough to ascertain what kind your MIL is. Don’t worry, this blog will answer your question. Go ahead and find out! 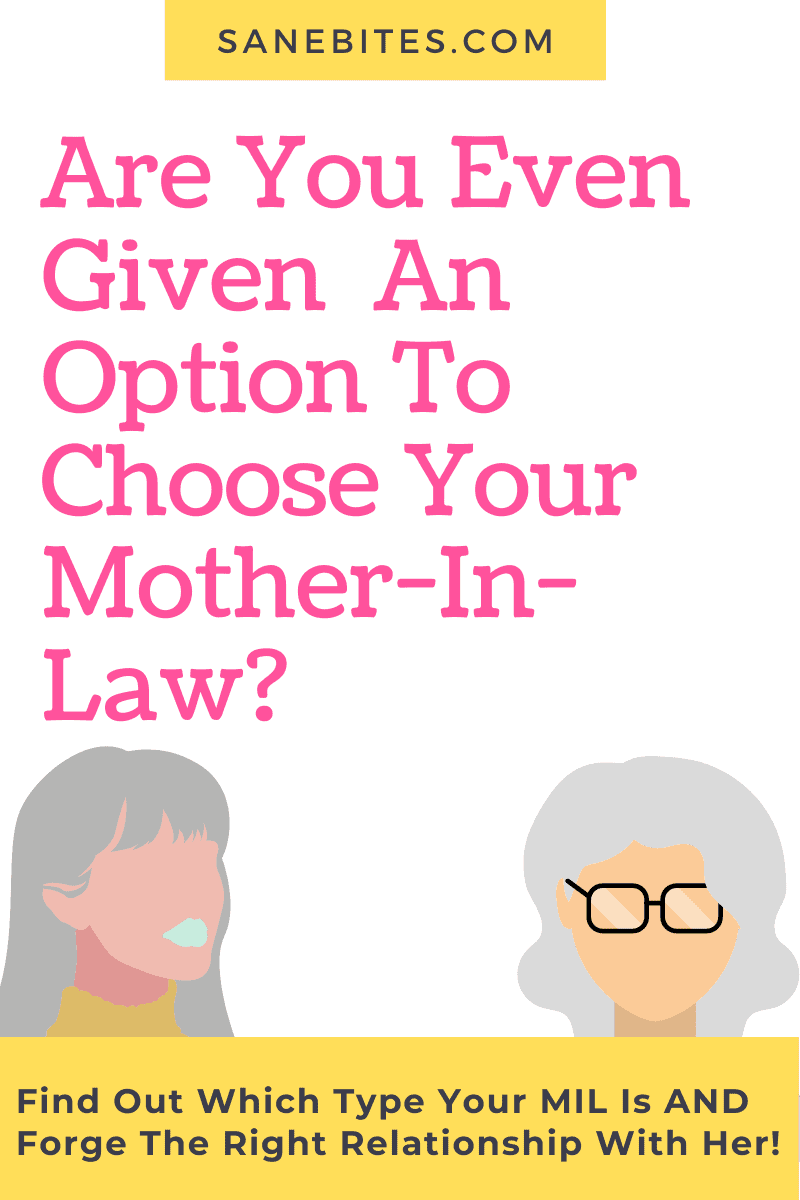 27 Easily-Spottable Types Of Mothers In Law In Our Society!

But the fact is, in this stereotypical society, one could spot MILs of different colors ranging from being happy to bossy.

So after much analysis, based on innumerable MIL’s characteristics, both positive and negative, I have categorized MILs into 27 different types. Carefully go through them and track your type of MIL.

Remember, it’s no wonder if your MIL belongs to more than one category!

1. The Perfect Mother in law

They are the ones who not just aspire for a perfect household but also strive hard to upkeep it.

By this I mean, the perfect MILS focus on clean and intact surroundings, timely management of domestic chores, and flawless financial management of the house.

So if you are a DIL who is unkempt and irresponsible, you would for sure face the wrath of a perfect MIL!

A lot of MILs withdraw from their household responsibilities the moment they welcome their DILS.

So, without taking part in any activity, these MILS keep languishing, letting their DILS bear the brunt of every overwhelming responsibility that the family offers. Aren’t such DILS pitiable?

Grousing MILS are typical MILS who keep finding faults with each and every activity of their DILS, without giving a thought; For spotting tongue-tied MILS is a rarity!

This article from parenting.firstcry.com discusses ways to handle a difficult mother-in-law.

If MILS cannot stand simple funny remarks passed across them OR get easily offended when their son takes a stand against them for their DILS, they belong to the sensitive category.

It is very important to handle such MILS cautiously as they are delicate within and are more prone to emotional-breakdown!

Aren’t they fragile from all types of mothers in law?

Jealous MILS would never feel happy when their son takes extra care of their DILS.

They would never stand it when their DILS earn credits and appreciation for their work.

In turn, all that such MILS do is display their disapproval in the form of undirected comments and negative attitude which might head for a vigorous face-off with their DILS in the long run!

If you doubt your MIL is Jealous, you could read my blog on signs of a Jealous MIL!

Insecure MILS are often worried about their control over the family and the relationship they share with their son.

Such thoughts are nothing but a result of various inhibitions they hold against their DILS unnecessarily, in fact without any foundation at all.

If you want to determine whether your MIL is insecure, you can check my blog on 15 Warning Signs Of An Insecure MIL.

If MILS pick a “tit-for-tat” approach towards their DILS, for sure they are competitive.

Such MILS will try to copy the work and behaviour of their DILS just to prove the point that they are no less than the latter. Aren’t they insensible?

When MILS reel under the feeling of superiority, walk and talk with pride about themselves, put their DILS down blatantly, they undeniably signify arrogance.

Such MILS are self-centered and too focussed about their dignity that they don’t care about the feelings of their DILS.

Aren’t they one of the annoying types of mothers in law?

Those MILS who cross their boundaries and interfere in matters personal to their DILS and Son could be termed as Nosy MILS.

The problem with these old ladies is that they gradually breach their borders to only receive the detestation of their DILS and son!

When MILS show their vexation by uncanny means like treading with anger, creating noise with utensils and other objects, they generate a hostile space around them.

Such practices for sure would facilitate a negative ambiance for the DILS to deal with. High time DILS take charge of the situation because they have every right to lead a peaceful life, don’t you agree?

Also Read: 20 Obvious Signs Your Mother-In-Law Doesn’t Like You

It is possible to spot MILS executing their needs through some way or the other.

What is not achievable through normal means or talks is implemented through indirect ways by the crafty MILS.

Probably they are those MILS who appear calm outside but get their wishes somehow without any direct intervention.

Have you ever noticed MILS taking a dig at their DILS underneath their smiles?

These are the lot who pass undirected comments teasingly at their DILS to vent out their frustration.

In case the DILS are not conscious, they don’t experience the feeble taunts of these MILS. But if at all they do, they would for sure get irked by the disgraceful side of their MILS!

13. The Matured MIL – One Of The Rare Types Of Mothers In Law!

However childish OR irresponsible OR churlish the DILS are, if the MILS are able to cope with them wisely, the latter make it to the list of matured MILS.

Matured MILS don’t hesitate to make their DILS understand their responsibilities and mistakes in a polite manner.

These are the women who never show their attitude or lose their spark of character at the behest of their DILS’ discourteous behavior.

In fact, if DILS are blessed with such MILS, their families will forever float peacefully under the reign of the latter!

If MILS are not able to put up with the hungama created by their DILS OR rather remain unaware of their DILS’ functioning, they symbolize innocence.

They stay gagged all the time and never go against their DILS, because they do not understand their DILS’ intentions in the first place!

Overpowering MILS always make it a point to control their DILS all the time.

From setting limitations to strapping their DILS’ independence, these MILS make marriage dreadful for the latter!

Also Read: How To Maintain A Cordial Relationship With Your Overbearing In-Laws?

Unlike the innocent MILS, oblivious MILS stay aware of their DILS behavior and actions but choose to ignore them.

Such MILS aspire to lead a hassle-free life and stay disconnected with their DILS to the maximum.

When MILS are emotionally weak and tend to be easily exploited by people around them, they are called susceptible.

Such MILS are prone to fall into the trap of their insensitive relatives and friends who feed unnecessary ideas about their DILS thereby worsening the formers’ relationship with their DILS.

If MILS are seen complaining about their DILS’ modern dressing style and different ways of handling their responsibilities, they are for sure out of date.

These women could never accept and get accustomed to current trends, behaviour, and patterns that they would never stop grousing about their DILS!

MILS who keep regretting the way they had been treated as DILS during their times and feel unhappy about their DILS’ contrasting independent life, are mentally residing in their past.

Possibly the bad instances of their past have taken a toll on them so much that they cannot stand to see their DILS’ leading a brand new life altogether!

It is rare to see Happy MILS who work tirelessly to keep their daughters-in-law comfortable and happy.

They don’t worry about anything in the presence of their DILS (neither jealous nor insecure) and always feel delighted to treat their DILS with their favorites!

Aren’t they one of the sweetest types of mothers in law?

When MILS make it a point to involve themselves in personal matters of their DILS and son, complicating things for the latter, their intervention becomes unnecessary.

Such MILS’ intrusion could entangle their son and DILS marriage life and generate a galore of trouble!

Also Read: Interference Of In-Laws In A Marriage

Unlike the sensitive MILS, sportive ones choose to remain unaffected by the behavior of their DILS.

However complex or offending the situations are, sportive MILS forgive their DILS quickly and move on. That way, they avoid beholding any form of distaste or grudge towards their DILS. Isn’t that awesome?

23. The Caring MIL – One Of The Good Types Of Mothers In Law!

Sometimes, it is possible to see MILS who cater to their DILS graciously and selflessly.

Maybe they are those women who have never had daughters of their own. Trust me, they are the best ones, who take care of their DILS like their own daughters.

Creating ruckus is what you MILs who escalate ridiculous issues and make a mountain out of a molehill.

Such MILS make for better actors that they pose a major threat to their DILS’ marriage life!

MILS who quickly express their disapproval when their DILS don’t call them OR forget to wish them on their birthday, bear plenteous expectations from their DILS.

Such MILS turn out to be annoying in the longer run as they cannot stand even a tiny incident that contrasts their expectations!

When MILS make it a point to test their daughters-in-law’s temperament by saying and instructing the same thing over and over , they are indeed nagging!

Such MILS fail to understand that their DILS are aware of things too and that spoon-feeding them again and again would only result in a crack in their relationship!

Some MILS don’t place trust on their DILS easily and take on every responsibility of their families upon themselves.

What they don’t realize is the pain they would be subjecting their DILS to, who are in no way at fault in this case! 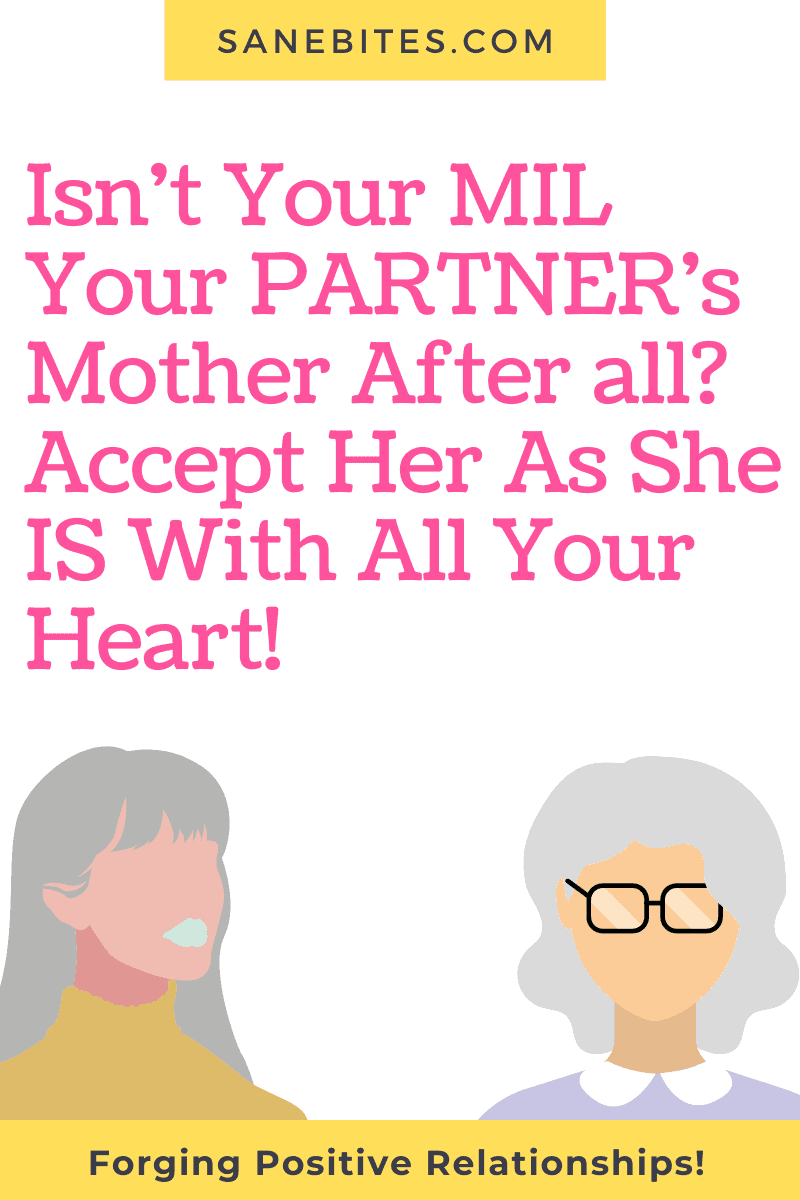 Does your mother-in-law fit into a lot of categories? Share them in the comments section below.