This Is Why MILS Should Stop Clashing With Their DILS!

In this already competitive world, Why should MILS stop competing with daughters in law? Have you ever wondered why?

Yes, there are supernumerary reasons to it and in this blog I discuss and analyze the fundamentals of a family and how troubling things could get if MILS don’t quit competing against their DILS. Come, let’s see what they are. 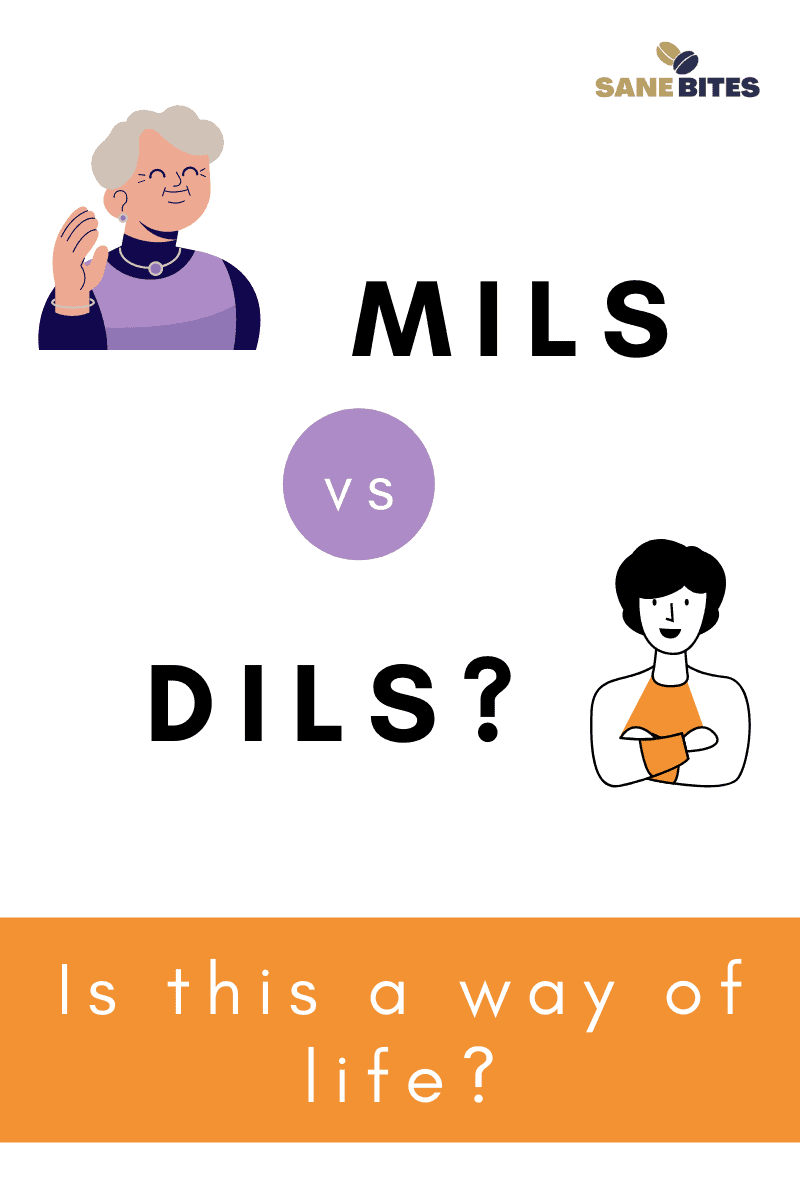 Why Should MILS Stop Competing With Daughters In Law – A Perfect Analysis For Every MIL Out There!

I have no words to express the competitiveness that exists in relationships these days.

It is indeed unfortunate, and especially with the kind of poor equation that already exists between MILS and DILS in our society, it is only good if MILS understand the repercussions of their unmindful competitiveness towards their DILS.

If only we are aiming towards peaceful and happy homes, here is why MILS should understand and change their stance towards their DILS!

MILS Are Elders, They Should Not Be Immature Enough To Compete With Their DILS!

Most of the time, I fume seeing the intense childishness and immaturity that drives most aged-people including the MILS.

Of course, we cannot take it for granted that elders are well-matured for their experience and age. Meaning, MILS could compete very well with their DILS without realizing they are being ridiculous for a 50 or a 60 year old.

Tell me, how would it look for MILS to take on their much younger DILS?

Is that even appealing? 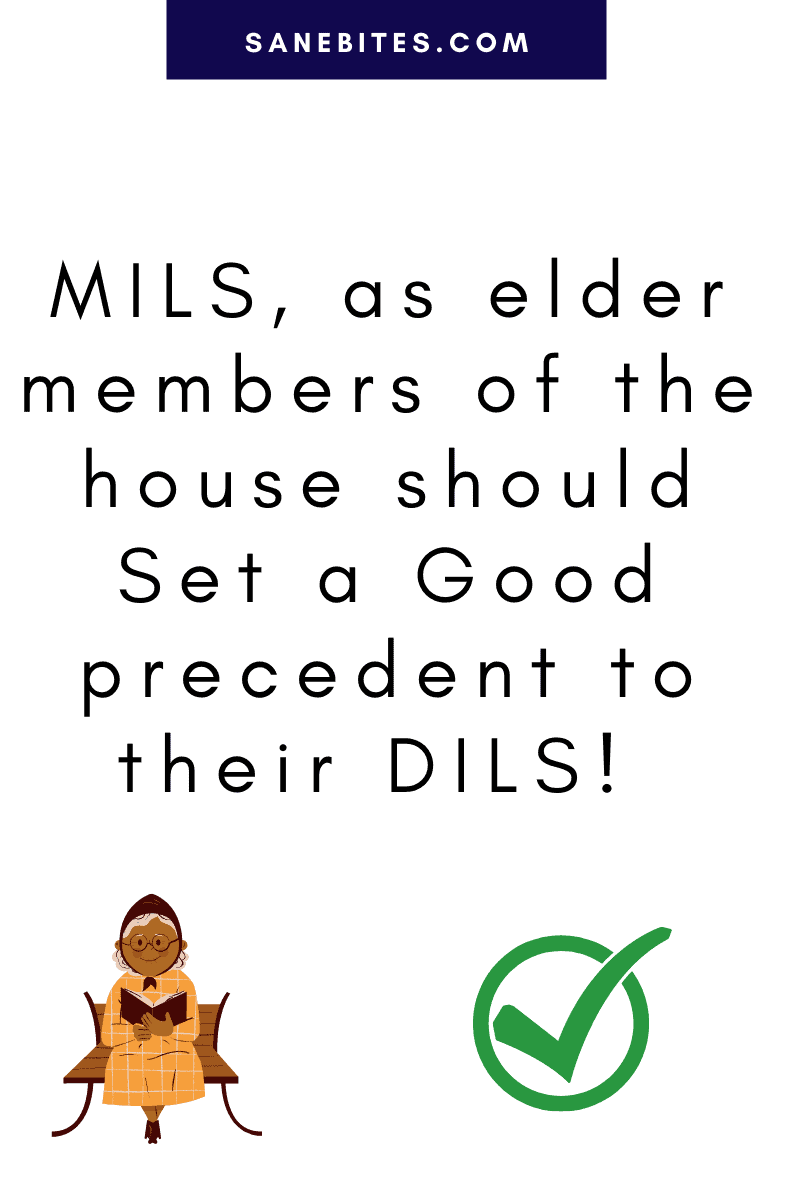 Why Should MILS Stop Competing With Daughters In Law – Because They Cannot Spoil Their Son’s Life In The Name Of Competition!

I don’t understand one thing, how could MILS even make their sons’ lives miserable by playing revolting games with their DILS?

MILS Should Have A Detached Approach Towards Their Sons After The Latter’s Marriage!

Why should MILS stop competing with daughters in law? What is the root cause?

Is it not the men stuck between these two women groups who suffer the most?

Sons are always a darling to their mothers’ eyes, but can’t they be one to their wives as well? Why compete by putting the former under immense pressure?

MILS Should Accept The Change In Their Son’s Life And Move On!

That said, I want to make it clear here that every MIL out there should realize that their son’s life is different to what it had been before their marriage.

In that case, how could MILS even expect their sons to give importance to only them and not the latter’s wives?

With the advent of new women into their lives, sons are made more responsible towards them as well – If MILS don’t understand this as women , then who will? 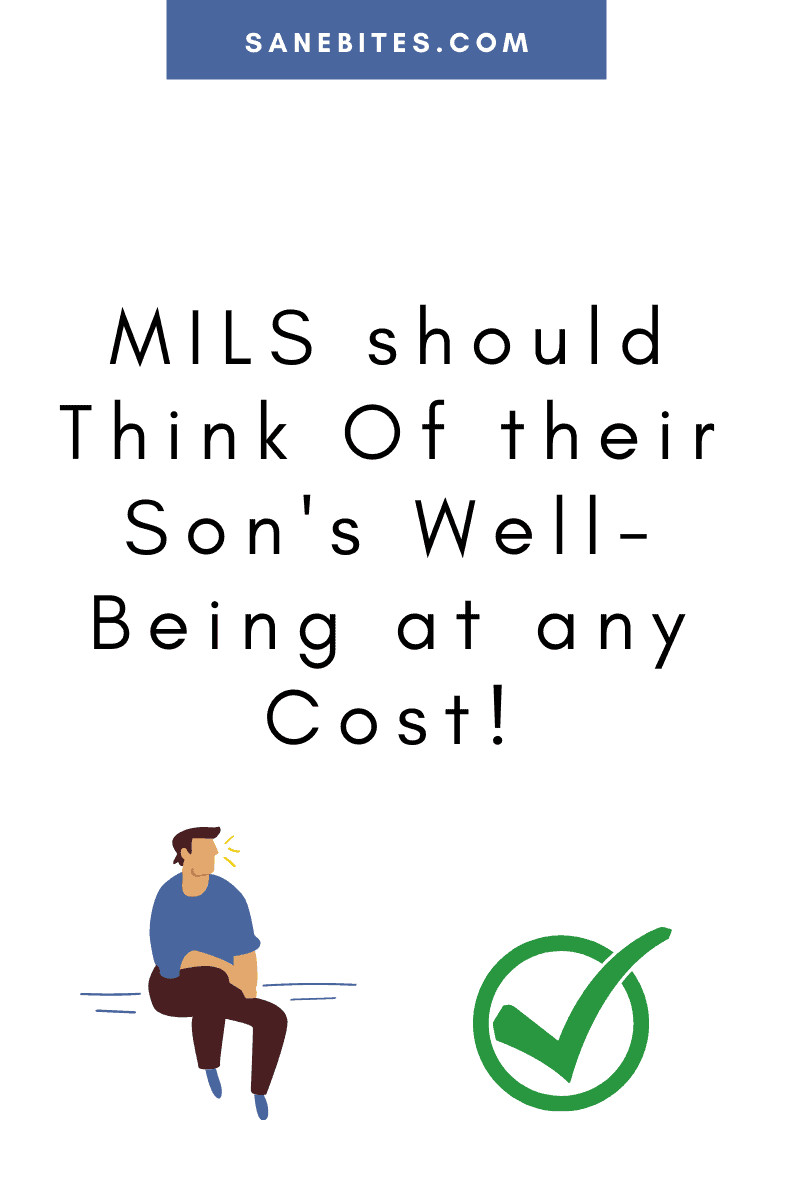 The following is a screenshot from an article I came across in huffpost.com that talks about competition in MIL/DIL relationship. I am sure you will find this more relevant!

DILS Are Their Family Too, Would MILS Come To Terms With This?

I often wonder why there is a discord between every MIL and DIL across the world.

Perhaps blood relationships could offer more closeness and comfort but does that make the DILS any less their family?

Just because they are from other families, could MILS put the DILS into a tough spot in the name of challenges?

The More MILS Treat Their DILS As Outsiders, The More It Will Backfire For The Former!

For reasons unknown, a wide gap is generated between MILS and DILS, isn’t it? In the name of competition, when MILS make it more unbearable for their DILS, how would their relationship even see any growth? 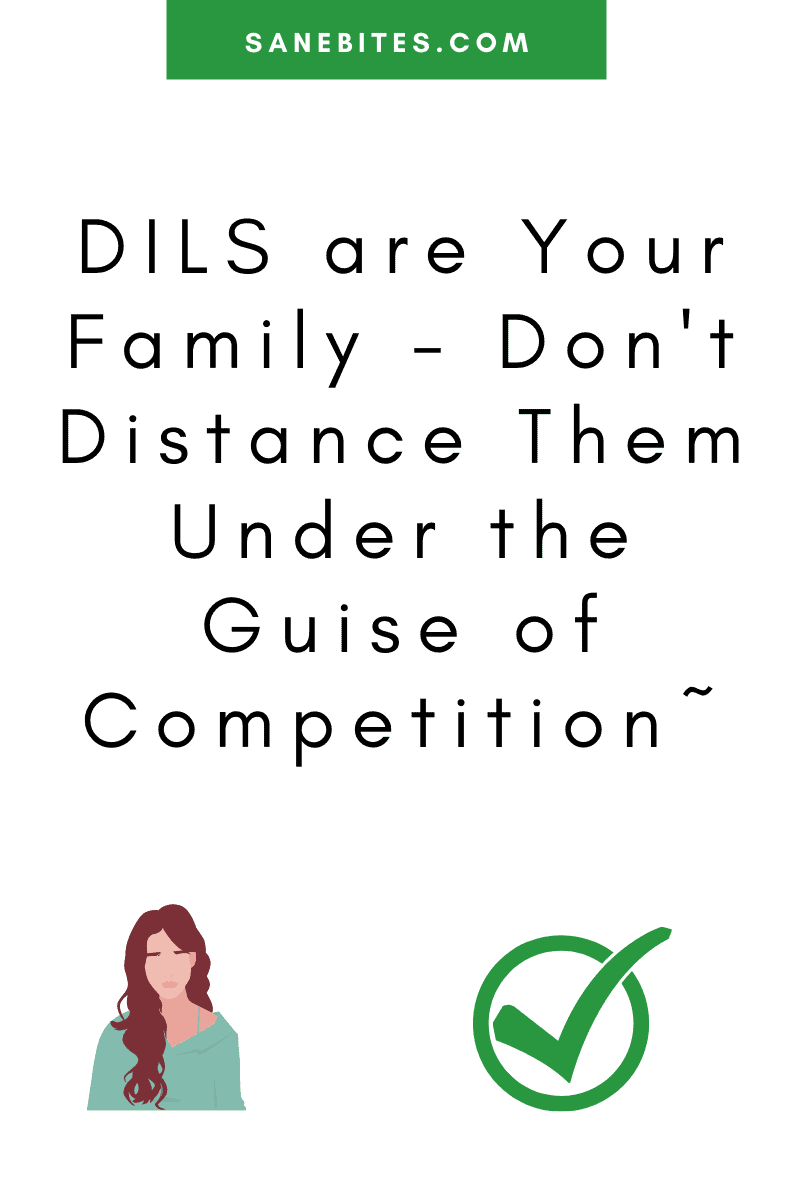 Also Read :: Why Do MILS don’t Like Their DILS?

A healthy family is not one that has no differences, rather it is one that has the ability to get back to its form however challenging situations get.

So despite the conflicts that might exist with their DILS, how should the MILS ensure smooth running of their families?

No, tussling cannot be their choice.

Should MILS prefer competition over creating a healthy family, it is for them to handle the undesirable consequences that come with it! 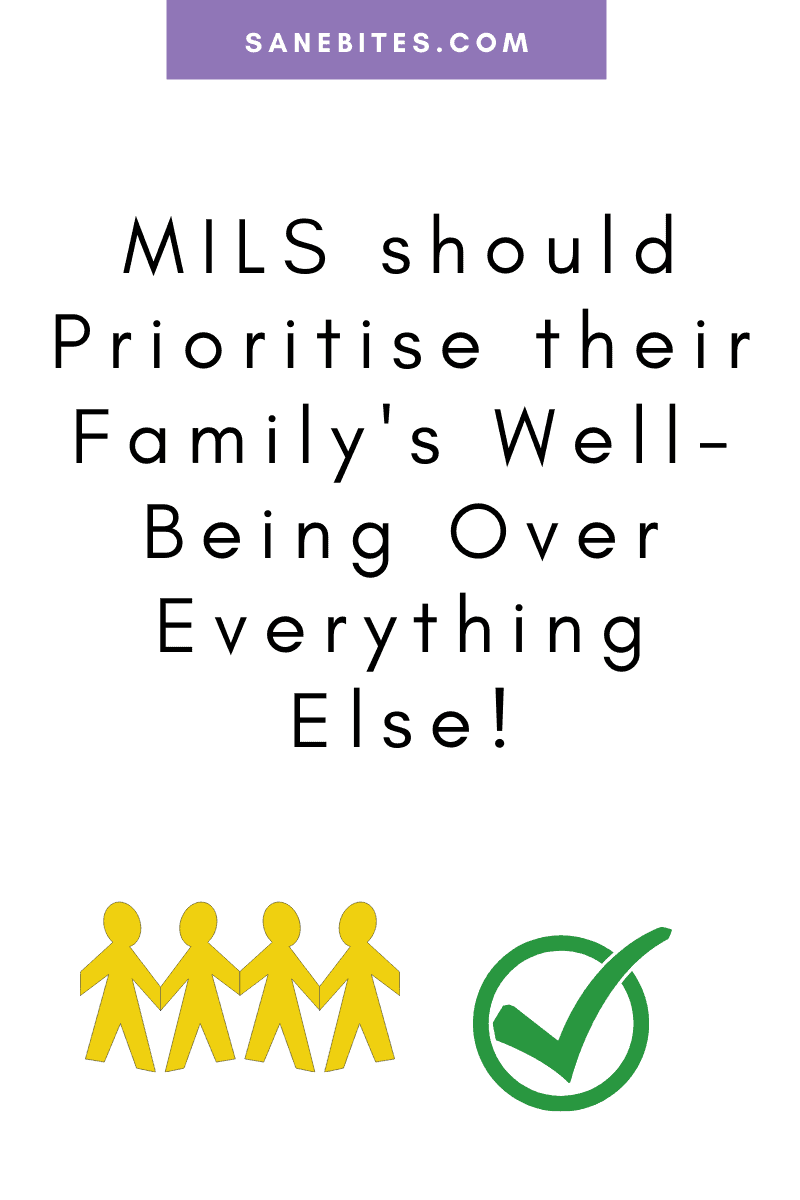 Family Is A Space Of Togetherness And Sharing Love, MILS , Are You Aware Of It?

See, traditionally speaking, family means being together no matter what, exchanging love no matter what – It means supporting one another, giving shoulder to fellow members to lean on during crisis. And its admirable qualities are endless.

That said, how could a competitive mindset encourage this? Wouldn’t that act a deterrent in reality?

Why Should MILS Stop Competing With Daughters In Law – Because Competition In Such A Space Only Breeds Hatred!

What is the current scenario?

Don’t you think MILS make it more competitive by giving harsh conditions for their DILS to even live in peace?

No Wonder Even If Competition Ends Up Breaking Your Families!

I know nuclear families have become more common these days.

Don’t you think the relationship that MILS share with their DILS is a major contributor to this?

This is why MILS should realize that competition at any cost would only spread resentment among fellow family members.

This is why they should make their families more habitable by sharing loads of love and understanding! 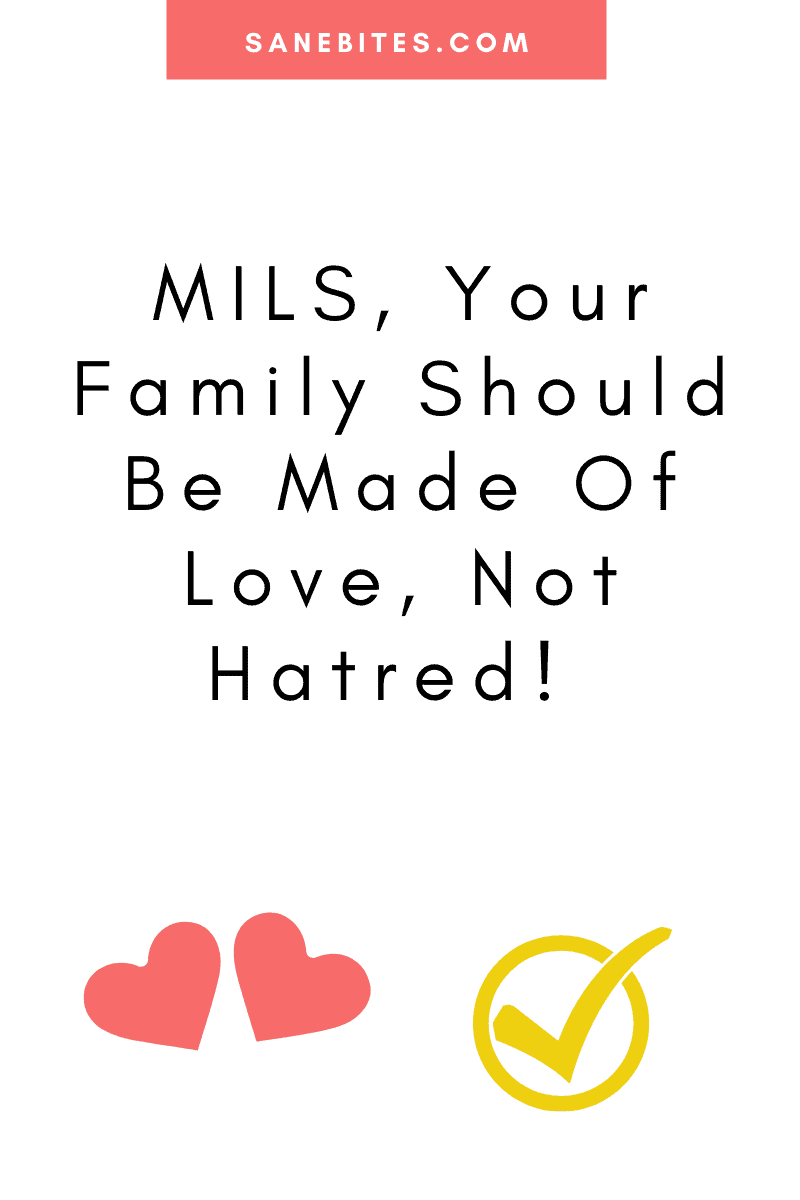 MILS , Shouldn’t You Let Your Son Live At Peace?

Isn’t this world all about letting fellow beings live peacefully?

Contrary to this, when the MILS make it a point to intervene in their sons’ lives in the name of competition against their DILS, aren’t they making a grave mistake after all?

Obviously, the MILS would have crossed their younger days too – So they shouldn’t have any problem understanding this, isn’t it?

So why should MILS stop competing with daughters in law, for it could snatch away cheer from their sons’ lives! 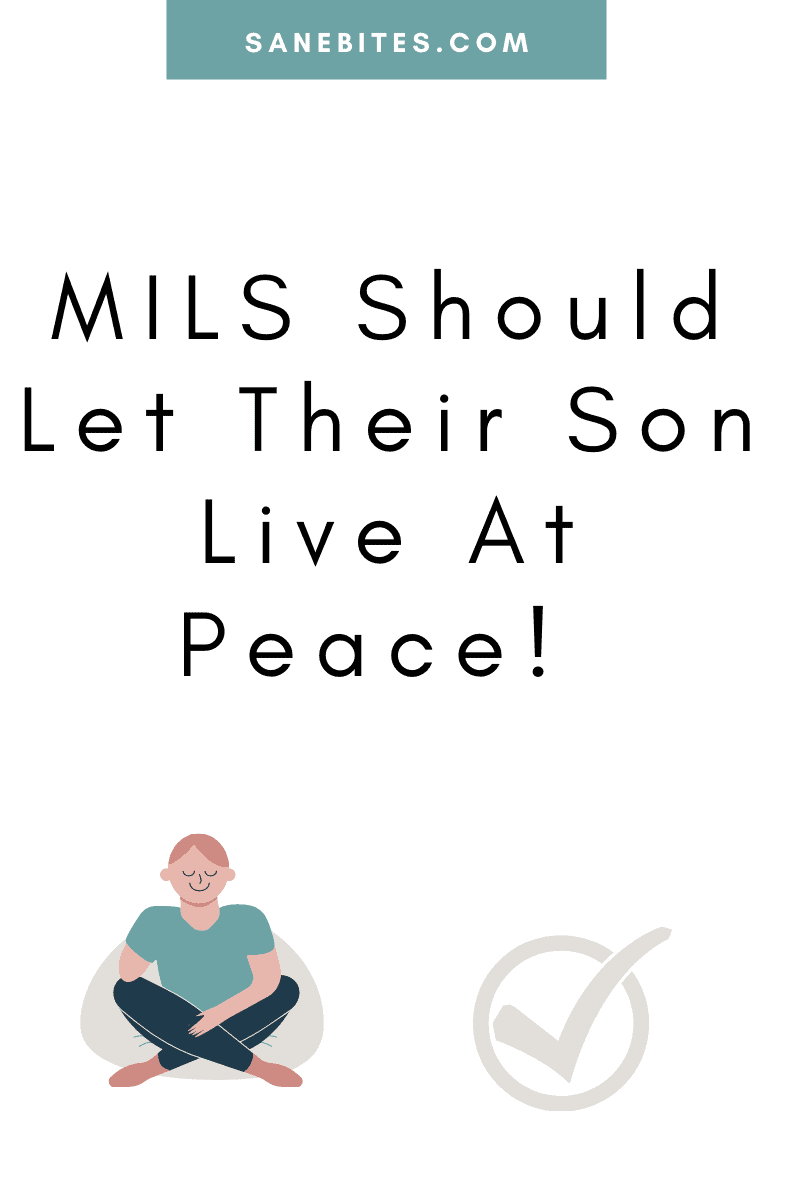 MILS, You Have Crossed Your Marital Innings – Let Your Son And DILS Cross Theirs!

Everyone has the right to traverse their marital lives in harmony. But when someone as experienced as a MIL impedes their sons’ lives by competing with their DIL, how would that be possible?

From remembering their early marriage days, shouldn’t they understand and facilitate a joyful married life for their children too? Why just because their DILS are involved, could MILS take them for granted? 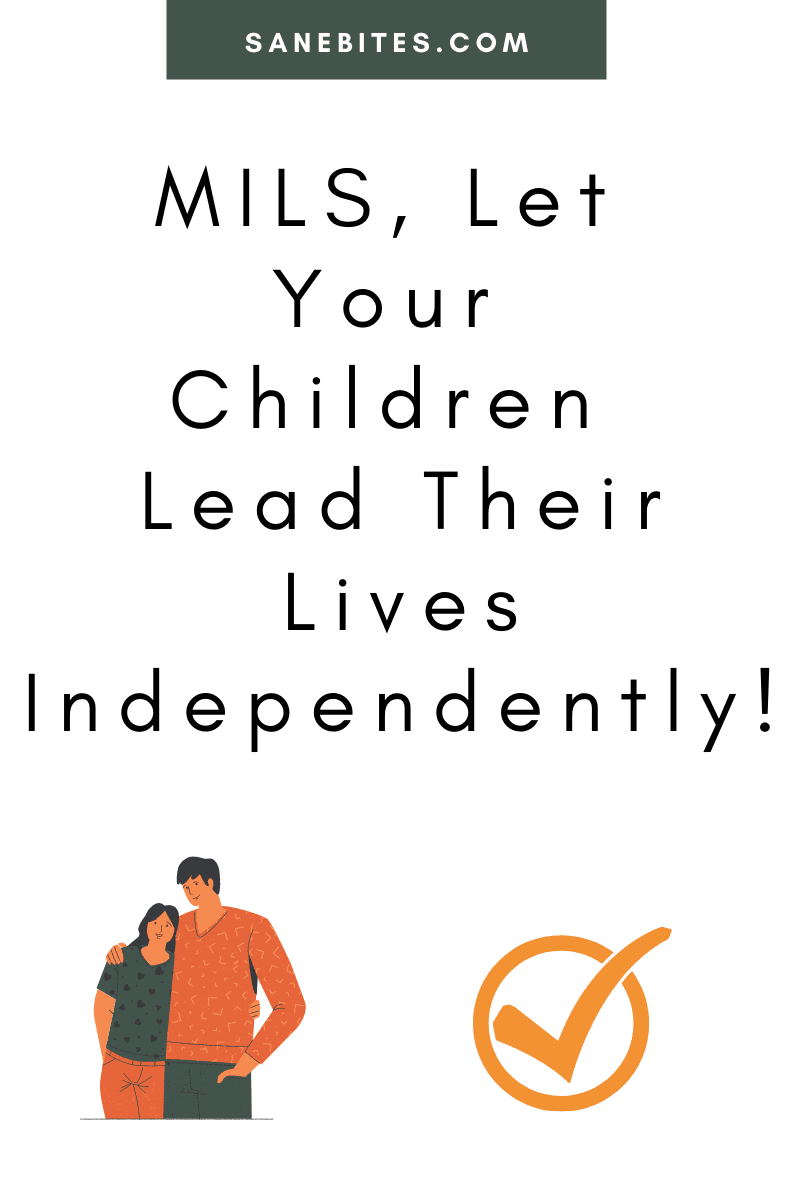 MILS Should Understand That Their DILS Have Come To Share And Support Their Familial Responsibilities!

Why should MILS stop competing with daughters in law?

When you are aging and growing exhausted easily, you obviously need the younger members of your family to take the baton, isn’t it?

Isn’t that what DILS do for their MILS with the help of their husbands? Would MILS ever realize this?

MILS Cannot Feel Insecure, Blaming It All On Their DILS!

That said, MILS should realize DILS are an emerging support-system of their families – They are going to be helping them and the family lead a proper life unlike the way MILS mistake their DILS’ presence for insecurity! 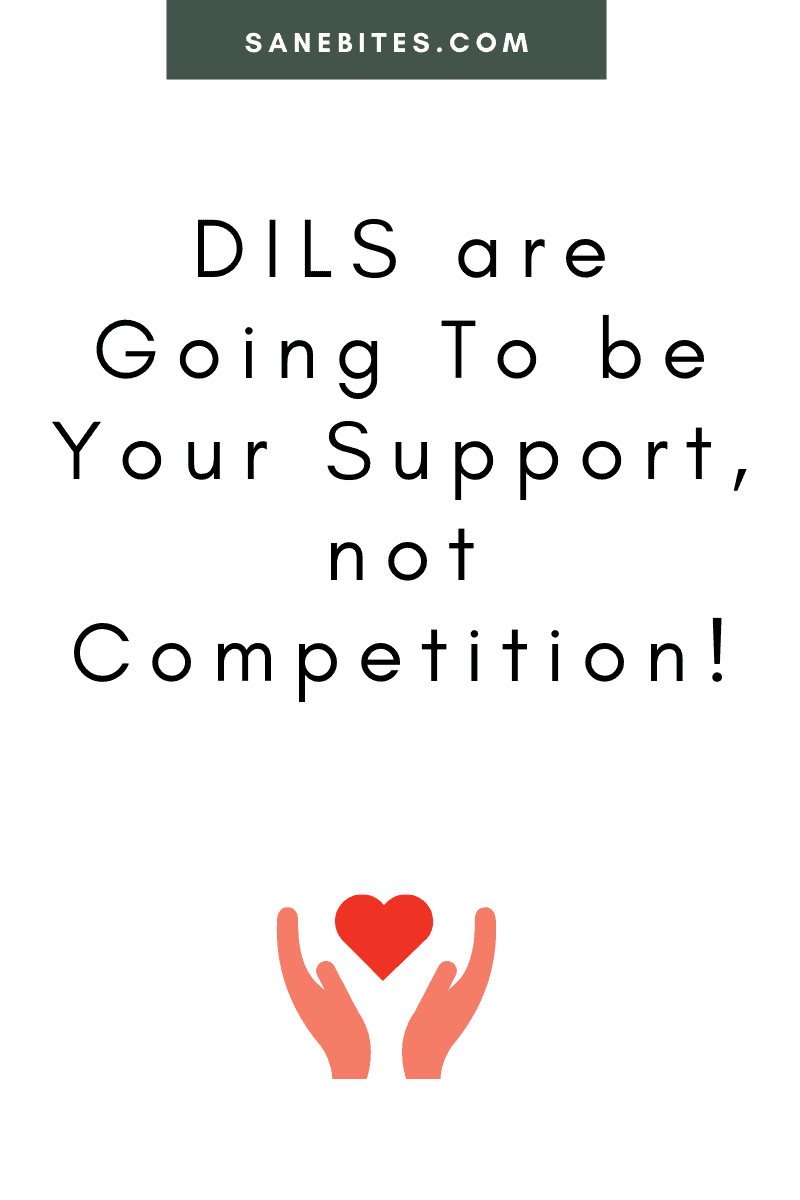 DILS Are Like Your Daughters, How Could They Be Considered As A Competition?

When you bid farewell to your daughters post their wedding, don’t you as mothers expect the latter’s marital family to take care of them like their own daughters?

If yes, shouldn’t you also do the same with your DILS?

Instead why see them as competition?

Don’t Be The Reason For Your DILS To Develop A Competing Mindset Against You!

When you start competing against your DILS, what do you think you will get in return?

Your one negative shot could unleash a couple more from the opposite, an important reason why you shouldn’t do so.

Instead MILS, why don’t you give love and get a colossal of it back?

What Causes This Unsolicited Competition? Is It Not Owing To The MILS’ Jealousy?

If you have not read it yet, I have written a whole blog on signs of a jealous MIL, a major attribute that leads to a competitive environment in the family.

Isn’t that unasked for especially if you are someone who desires a happy family?

Yes, It Is Possible For The MILS To Come Out Of This Jealous And Competitive Mindset – How?

When MILS start considering their DILS from the latter’s perspective, a lot could change.

Yes, I mean it, a lot of good changes tend to show up when you start understanding your DILS. Placing you in their shoes allows you to perceive and empathize with them better.

Which means undoing the negative chunks that usually keep revolving in your minds of the DILS.

Dear MILS, Accept Your DILS As They Are, They Are Your Saviors , Not Competitors!

Be it any relationship, acceptance ensures harmony in them.

That being the case, MILS should accept their DILS the way they are and treat them kindly – This would set a better place for your family to thrive and live happily!

Also Mindfulness And Gratitude Could Evade Unnecessary Competition From Families!

Trust me, MILS who are mindful of what/how they talk to their DILS show abundant wellness in their relationship in the long run.

This is only possible with gratitude where MILS are happy with the way their DILS are – Meaning, acceptance of what their DILS are.

Mindfulness and Gratitude are two powerful life-changing traits for MILS, DILS, and the family as a whole. Trust me, practising them religiously will save your family from a lot of complications! 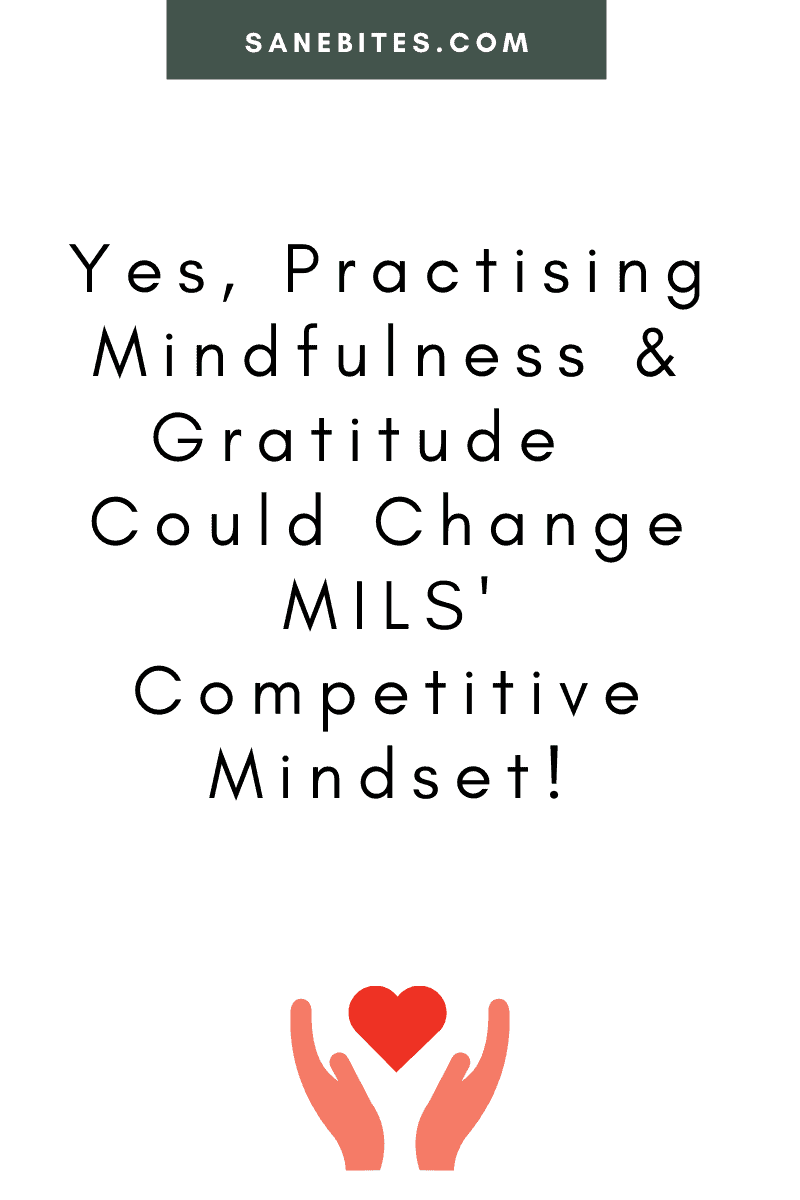 Competition is a serious stumbling block to the growth of any family and that is why I strongly believe neither the MILS nor the DILS should not be driven by such a mindless race.

It doesn’t matter who wins or who loses for all that should concern a family is its happiness and lovable exchanges in the long term.

Maybe MILS should compete with their DILS, YES FOR THEIR LOVE. As a DIL myself, I wish I get to see such a day, what about you? Wouldn’t that be so cool?

Share your thoughts and ideas in the comments section below. I would love to read them 🙂