Is Your In-Laws’ Intervention Bothering Your Marriage Life – Read This!

Interference of in laws in a marriage is definitely a cause of worry for most of the women. Are you one among them?

Do you think your in-laws’ unnecessary intervention is drawing distaste and fissure in your marriage life? Is your relationship with your spouse at stake because of your in-laws? If yes, How?

What are the Plausible ways out of the situation – Let’s discuss! 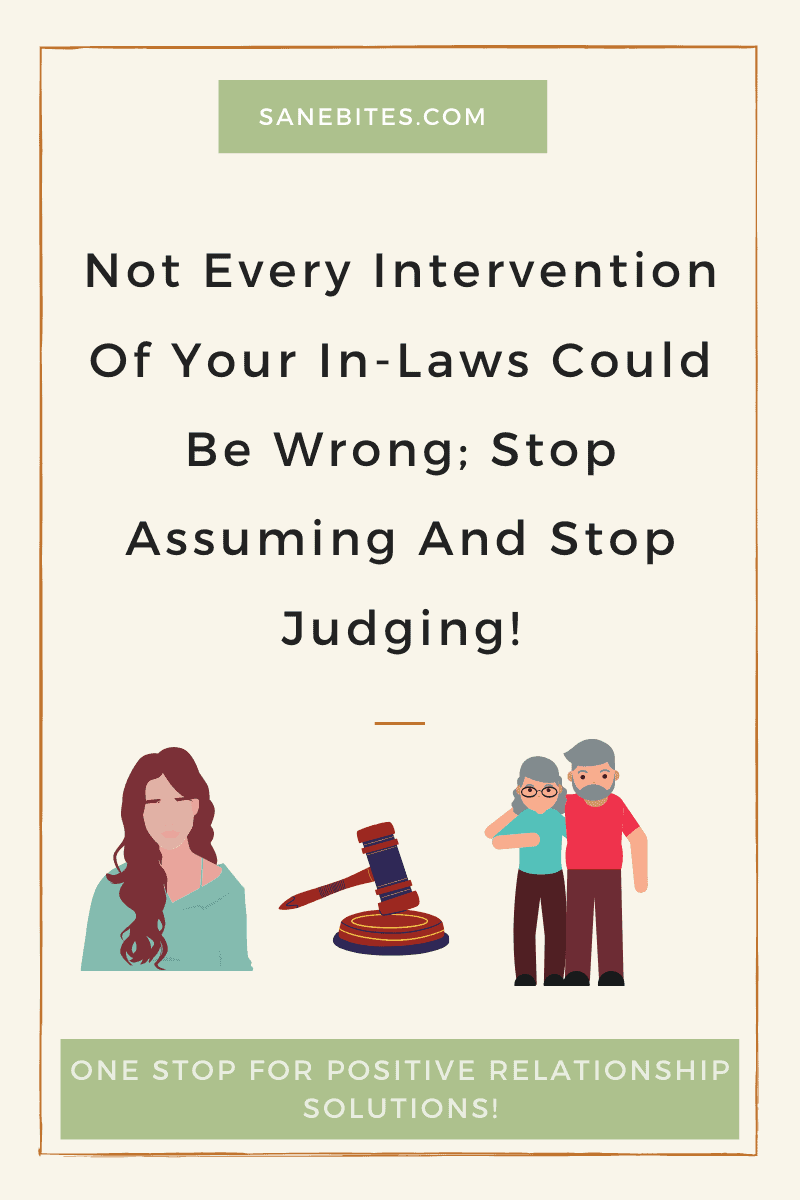 Parents-In-Laws by default assume control over their son and daughters-in-law. Why?

Is it because of the undue attachment they have over their son for the kind of bond they have formed over the years? Does that mean in-laws could continue ruling the life of their son even after their marriage?

OR is it because they consider they could take their daughters-in-law for granted?

In what ways do in-laws interfere in the marriage life of their son and daughters in law? And how does that impact the lattars’ marriage life –  Come, let’s do a full-fledged analysis!

Interference of in laws in a marriage happens through various possible means. These 8 broad categories will give you a wider picture of the same.

Come, let me explain them in detail for you!

In-Laws’ Intervention In Matters Of Conception

One of the common problems faced by most of the couples is the unsolicited counsel and annoying jibes in-laws deliver over the formers’ conception. Here are a few scenarios that will provide clarity to you –

Take the case of conventional in-laws’ who keep prodding their daughters-in-law and son directly about the GOOD NEWS as soon as they are married.

Such people cannot stand it when their DILS are not meeting their expectations and keep letting out their discontent in some way or the other.

In fact, I have seen this coming from my own mother –

My sister-in-law and I have heard this umpteen number of times till now and it is undeniably frustrating!

And do you know? My mother in law couldn’t wait even a few days to provide her typical mother-in-law advice – As soon as I was married, she was like, “All good things shouldn’t be delayed. The sooner you give the news, the better”. And I was like, seriously?

I don’t understand, when a married couple completes a few years of their marriage but are yet to conceive, in-laws’ take undue advantage of the situation.

They literally force their son and DILS to go for checkup to ascertain if they are fit and healthy enough to conceive.

One of my friends’ in-laws got her stunned by giving her spouse and her a time frame for their conception after they completed two years of their marriage. Isn’t that awful?

In what way is that even right?

I came across an article in MumbaiMirror that suggests ways to counter the pressure to have a child.

In-Laws Don’t Understand That They Are Crossing Their Boundaries

Matters pertaining to conception is something privy to the husband and wife duo. Isn’t it? Then why should in-laws’ force their decisions on the latter?

Can’t in-laws see that their son and DILS could make their own decisions as adults?

Elderly advice is reasonable and acceptable as long as it doesn’t cross its limits. But when it does, would that not lead to straining of relationships?

Tell me, do you not see this as interference of in laws in a marriage?

Also Read: 19 Heart-Felt Things Your Daughter-In-Law Wants To Tell You

No matter what, in-laws’ always have a say over their son and DILS’ financial management practices.  Let me provide you a few examples to prove this point.

My mother in law often asks my spouse,

“How is it that you are exhausting your salary so soon? I know you spend so much on useless things”

“Tell me how you are spending your salary”

And these sorts of questions often offends me, as though I am evaporating her sons’ hard-earned money. Is that even fair? 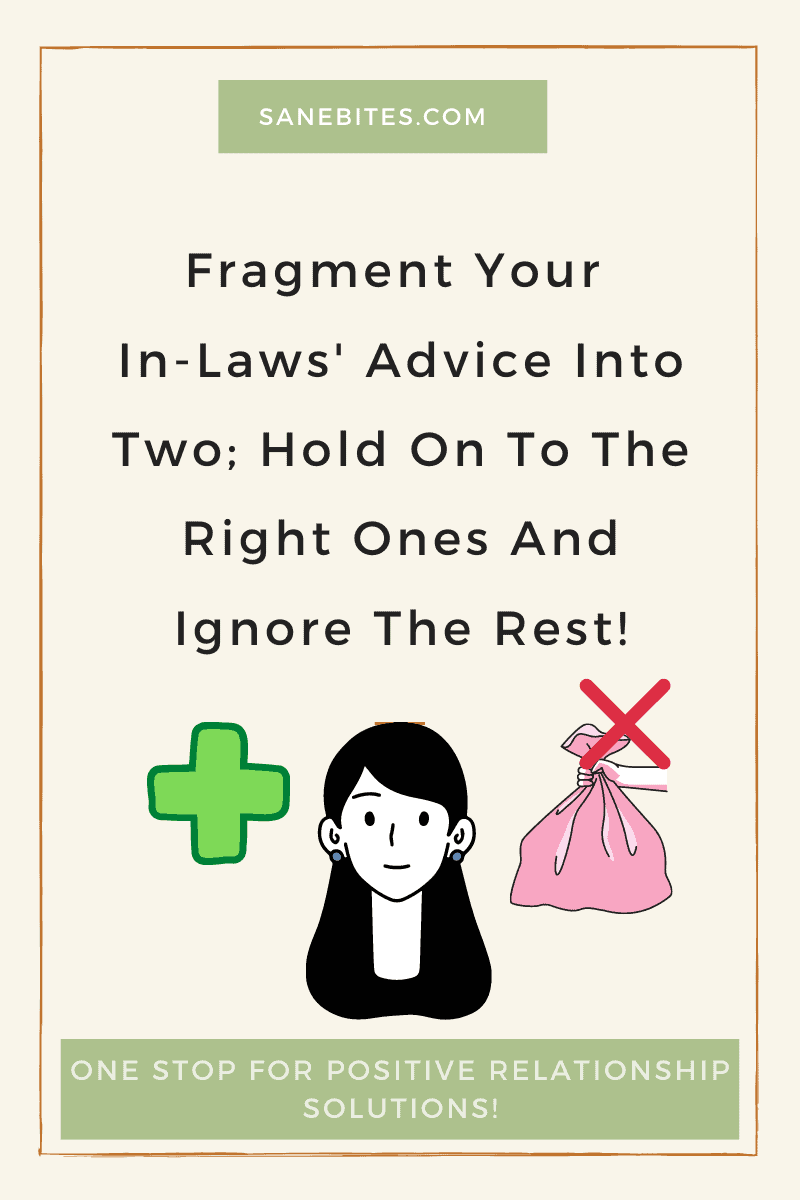 Say you and your spouse plan to buy a car for commuting purposes while your in-laws are completely against the idea.

Your in-laws consider that spending money on a car is baseless, expensive while you think that it helps you for long distance travel purposes.

Tell me, how would it be if your in-laws meddle with your plans and convince your spouse against your plan as well?

Would that not lead to differences between you and your partner? Is this not interference in laws in a marriage? How would you deal with it?

In India, there exist some parents in law who expect their son to hand over their salary to them even after their marriage.

In that case, when in-laws are in control of their sons’ finances, would it not become difficult for son to even get something for their wives?

Don’t you think this sort of interference by the in-laws could affect the married life of their son and DILS? How would the DILS accept it?

When In-Laws Impose Their Thoughts On Their Son And DILS

As traditional and disciplined that these elders had been made into, in-laws unfairly expect their son and daughters in law to follow their footsteps. You don’t get me? Let me tell you what it is!

When In-Laws Insist Their Son And DILS to Build Assets

What in-laws intend to convey out of good intention sometimes, turns out to be a disaster when they keep holding on to it obstinately.

Tell me, how would you feel if your in-laws keep pressuring you and your spouse to take a housing loan to buy a new house? And that too when you are against the idea? Is that not interference of in laws in a marriage?

Would that not spark animosity in your relationship with your partner? How well would that go with you? 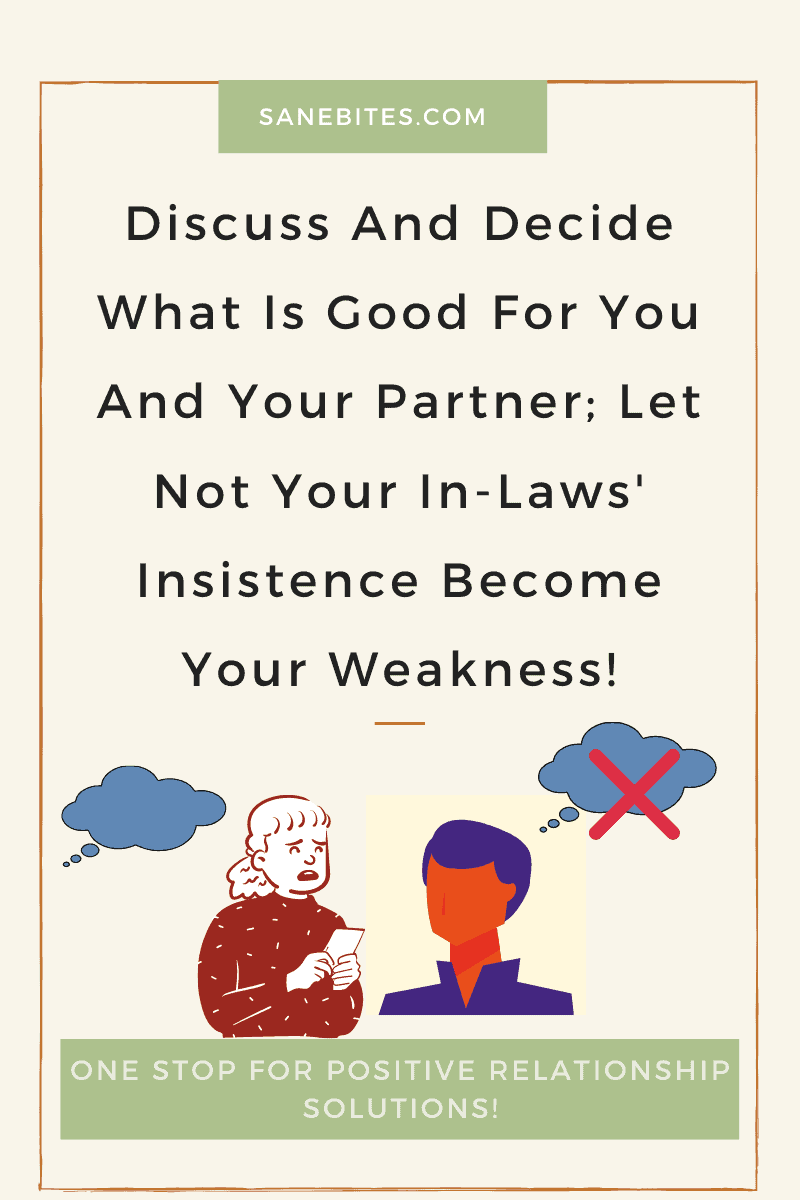 I have also written a blog on on Tackling Indian In-Laws which you might find helpful. Do you think so?

It is not out of the ordinary to find in-laws laying their hands over the personal space of their son and DILS. Is that even right? In that case, is it a good idea to live with your in-laws?

When In-Laws Make Their Son And DILS Fight Even Messier

Say you are having a spat with your partner and your MIL comes in between. Wouldn’t her presence leave you discontent?

What if she tries to make matters even worse by interfering in your scuffle?

How do you let them know?

Say you are planning to visit your parents and your spouse is asking you if he should drop you.

Suddenly, your MIL makes an entry and says to him, “I will book a cab for her. You go to the office”, how would you feel especially when you want your spouse to drop you?

Did someone even elicit the MIL’s response here? If this is not interference, then what is?

Interference of In Laws In A Marriage By Influencing Their Son

What most in-laws presume is by keeping their son under their reign, they could establish control over their daughters in law easily. But why? What sort of an attitude is this?

When In-Laws Try To Manipulate Their Son Against Their DILS

Most problems in marriage ensue when in-laws influence their son against their wives. The situation for sure will be even worse when their son is a mama’s boy!

Be it keeping their son away from their wives’ parents OR preventing their son from falling for their wives, some indian in-laws try their maximum to manipulate their son to their advantage.

What if your spouse opposes your idea of going for a job under his parents’ guidance?

Wouldn’t instances like these evoke bitterness in your relationship with your spouse? How would you deal with such a situation as a determined woman?

How would you feel if your in-laws barge into your room when you are spending some good time with your spouse?

Would that not pose a threat to your marriage life?

In that case, how would you deal with your in-laws effectively?

To cite another example, say you are planning to go shopping with your spouse. In that case, how would you receive it when your in-laws announce that they want to join you both?

Does it not mean they are meddling with your private life? Can’t this be seen as interference of in laws in a marriage?

Also Read: Are Your In-Laws Ignoring Your Needs?

When In-Laws Are Overpowering

Say you and your spouse are planning a vacation to Manali.

In such a case, how would you feel if your overbearing in-laws show their dissent to your plans?

What if they say, “You need not go anywhere now. Maybe later”, would that go well with you?

Don’t you think it could spoil your dreams with your spouse? Does it not mean it would give rise to conflicts in your marriage?

Say your parents in law insist you visit your relatives while you and your spouse are against the idea.

But how would you deal with such a situation? Would you abide by your in-laws’ words in opposition to your ideas?

By doing so, do you not think it will generate conflicts in your relationship with your spouse?

Importance Of SPACE In A Marriage

A marriage is not just about two people for their immediate family members also play a key role in it. But isn’t there a boundary to it as well?

Just because in-laws are a part, does that mean they are allowed to encroach the lives of their son and DILS?

Every relationship in life, especially marriage, requires its share of space to evolve and breath on its own. And this should be understood by both the parties involved and that includes their families as well. 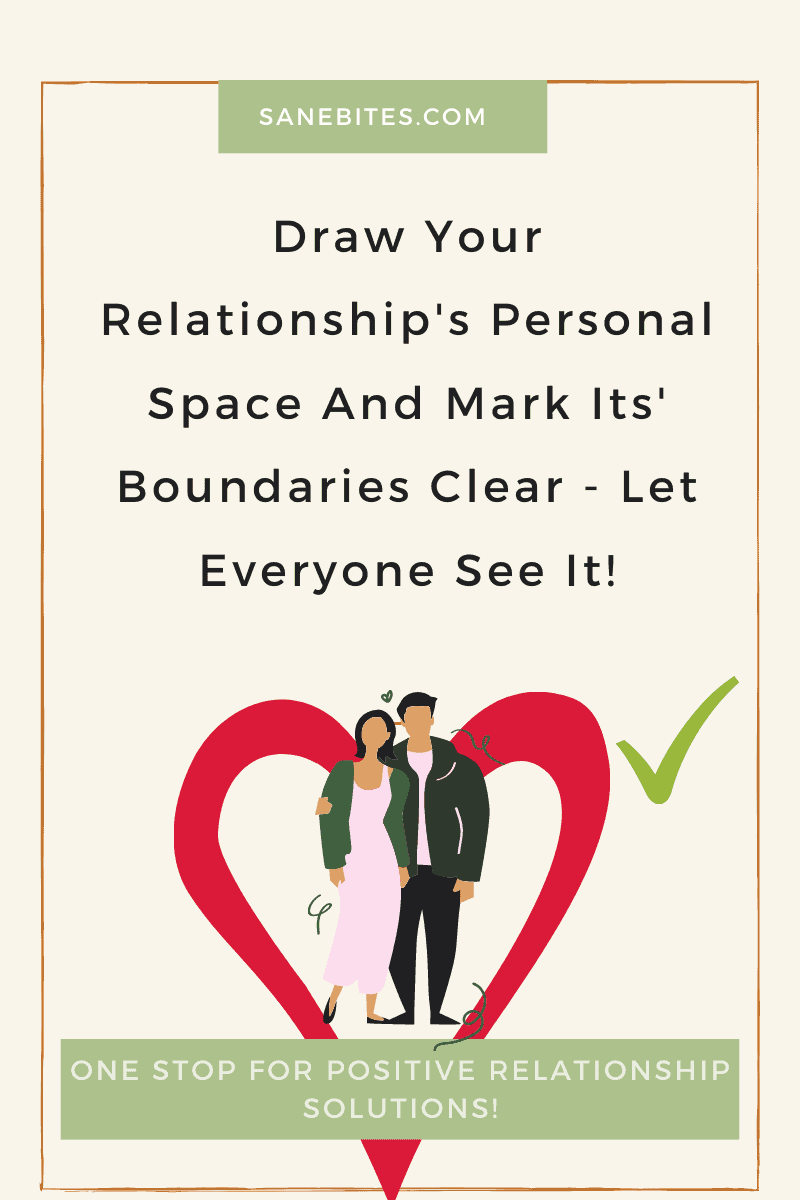 Regardless of what others think, daughters in law should start respecting their relationship with their spouse first.

That will make them realize the significance of their marriage and the amount of care that has to be given to it to prevent it from unnecessary wear and tear from external forces. 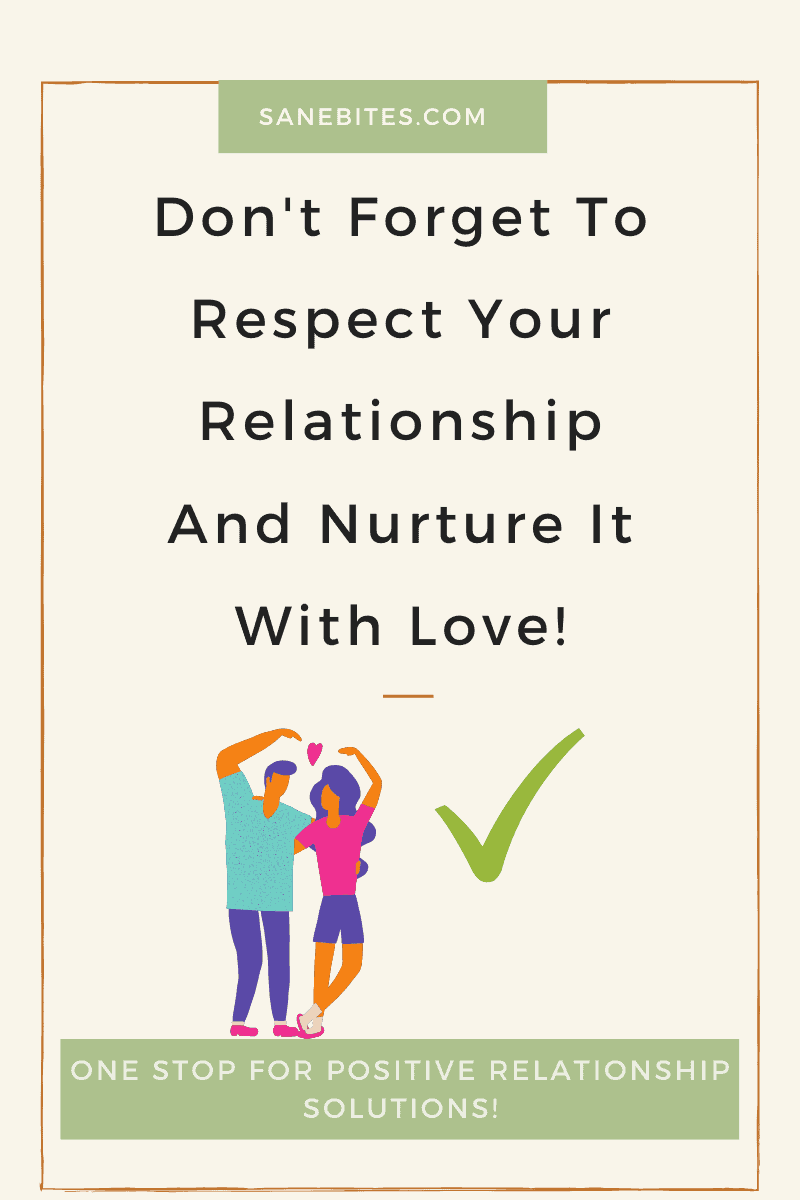 How Could Daughters-In-Law Handle Their In-Laws Intervention Effectively?

To tackle your interfering in-laws, I suggest these 4 well-analysed tips to you which would prove helpful for sure. Here you go –

I am sure sticking to these tips will not just save your marriage from your in-laws’ interference but also strengthen your relationship with your spouse 10 times stronger; Remember, your marriage is in your hands and you cannot stake your marital bliss for anyone for that matter! 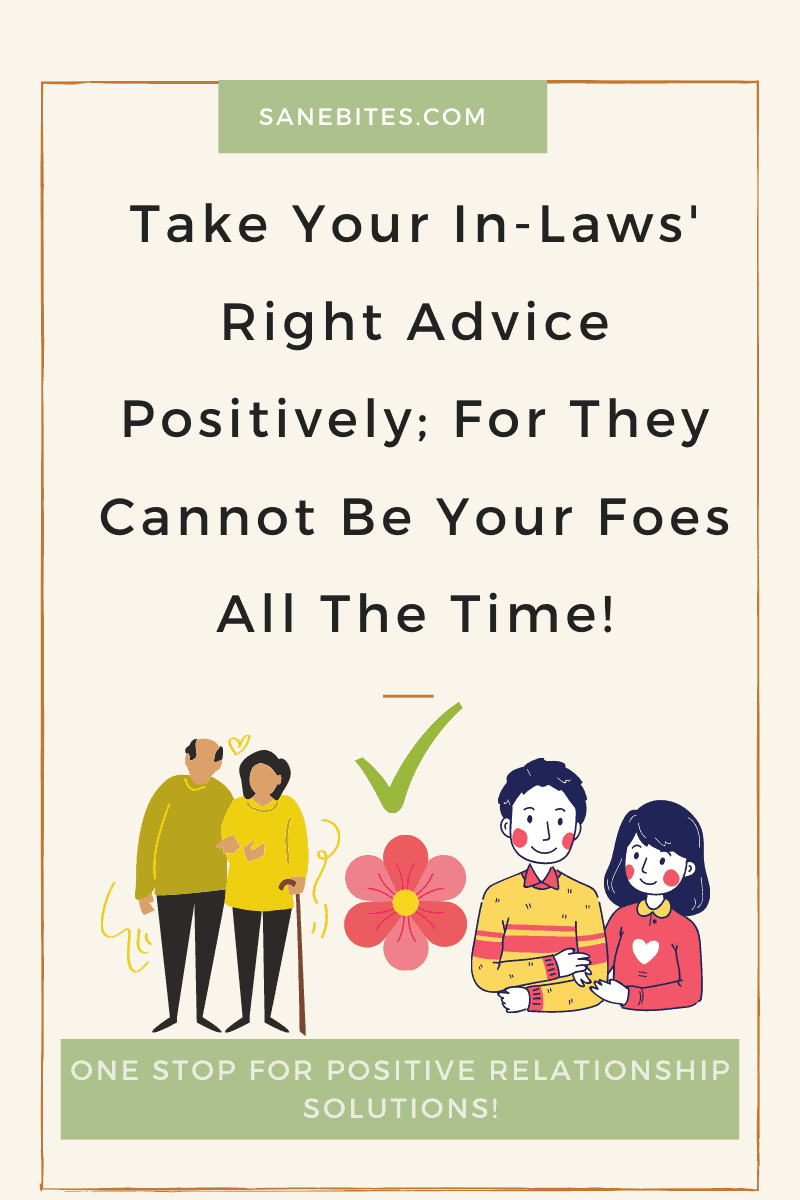 Do you have any thoughts to share or questions to ask? Kindly post them in the comments section below!